We are also delighted to announce that Katie Jayne Tutors has won their third award, voted best 1:1 Tuition Support Provider – UK. More information to come on that next month.

This month we investigate the School Covid-19 Vaccination Programme, Labour’s plans to abolish the charitable status of Private Independent Schools, how to help your child understand plastics in our oceans and how to not be afraid and the importance of STEM subjects and why you should encourage your child to take an interest.

In her article, Catherine Lough looks at Labour’s plan to scrap private schools charitable status resulting in “displaced pupils” moving to state schools. This could lead to bigger class sizes.

The plan for Labour would be to raise £1.6 billion from VAT and £100 million from business rates. This would follow a similar Government strategy a number of years ago when they ended the charitable status for England’s colleges, so this is a tried and tested method of raising funds.

Sir Keir Starmer is behind the plan and has been pushing its virtues onto the UK’s media. But many believe that this move to remove charitable status for private schools would end up costing the taxpayer, as some independent schools may have to close pushing its pupils into the state system. This was confirmed by Barnaby Lenon the Chair of the Independent Schools Council.

Catherine Lough’s article also stated that Simon Hyde, General Secretary of the Headmasters and Headmistresses Conference, which represents leading private schools in the UK, said: “Research by Baines Cutler has shown that removing the charitable status of independent schools would not yield the amounts suggested, but would instead end up costing the taxpayer significant sums of money as schools would be eligible for VAT recovery. Schools currently pay PAYE, business rates and VAT and pay significant sums in tax every year”.

What are your thoughts on this issue? 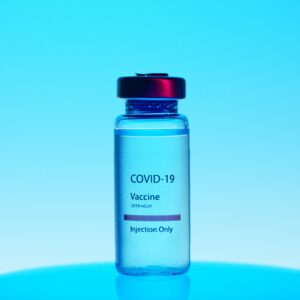 This Autumn all children aged 12 to 15 years are being offered the first dose of the COVID-19 vaccination.

Like all school-based vaccination programmes, the vaccines will be administered by healthcare staff working closely with the school and following the usual approach to school-based immunisation. For more information click on the links provided. 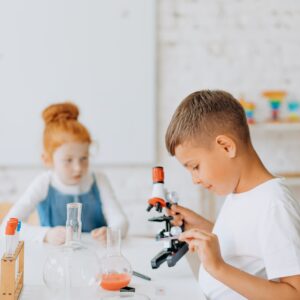 What is STEM and why is it so important for my child?

STEM education is extremely significant for the world as it poses a range of advantages in a number of fields. Most sectors are dependent on the STEM fields, this in itself indirectly plays a significant role in the growth of the economy.

The STEM sector is expected to be one of the largest employers in the world. New and innovative technologies are being developed every day and this number is only expected to increase in the coming years.

With significant advances in each of the STEM domains, new career prospects are cropping up at a very fast pace. Recently there has been a shortage of well-trained STEM workforce. The demand of trained students is increasing by the day.

The number of students interested in pursuing a career in STEM has dropped and the education system is looking for new and innovative ways to encourage youngsters to enjoy the STEM subjects. Many schools are using cloaked techniques such as interweaving STEM tasks into other subjects, making fun projects including STEM skills and running STEM workshops. There also has been a huge focus on getting more girls interested in pursuing STEM careers.

To encourage children at a young age enables them to feel confident in the STEM topics and entering competitions is a good place to start. Why not get your child to enter this project?

Why not take these links/details below to your child’s teacher (or encourage your child to get involved) in one of these great activities/competitions?

Plastics in our Oceans

Education is key for our children when learning and understanding our planet. Too many headlines, films and other forms of media can scare children into wondering how long the planet may survive and these mediums can place a very negative spin onto the topic.

Yes it is important for our children to learn, understand and re-wire their DNA to consider the planet and to grow up with a positive voice and to take positive actions to make a difference, but instead of causing them to feel fear about the planet and their future in it, we want to educate them in a positive way so that dangers are highlighted but solutions are suggested.

David Attenborough is a real mentor and educationalist and does so with hope and gentle encouragement. There are some really great resources at the Natural History Museum and with selective researches and programme makers. You can also encourage your child to get involved and become a Citizen Science helping contribute to science research.

Film one – A Plastic Ocean

Film two – How much plastic is there in our ocean?